I love EJ's 'holy ordinary' work...transforming the common penny or dime into a magic coin of the 'realms'. -- TM 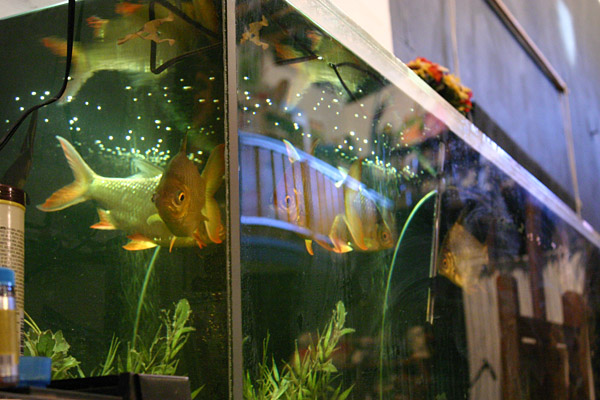 If I were to tell you that there's a world right in front of your eyes, a world that you cannot see and know nothing about, what would be your reaction?

(a) No reaction, not interested in anything outside the basic survival cattle-path.

(b) You'd say "bull-pucky" or some familiar equivalent.

(d) "Everyone knows that," you'd reply, "the only real question is, how far is it from midtown?" to paraphrase a comment by Woody Allen related to the Afterlife.

What I'm getting at is, even if I could prove it, demonstrate it, lead you right into this "World Next Door", you'd get nothing out of it if you were already inclined to ignore anything outside the boundaries of ordinary daily grind life.

The fact is, I'd have to prove to you that it was worth your while to make the effort to get up off your fat ass couch and tear yourself away from whatever plasma screen nightmare you've got running in front of you at the moment.

I can't possibly do that, because in most cases, it probably isn't worth their while, because sorting coins isn't interesting enough, and the money isn't that good, unless you get in really deep, and you probably won't, even if you're able to.

First of all, there's the "Cassandra Syndrome". Nobody believes the oracle.

Secondly, nothing is worth doing unless you have to do it, and nobody has to perform coin search, especially Zen Coin Search.

You know what that is. Inertia means that it will take a significant amount of energy to move your ass from where it is.

Gurdjieff used the word "inertia" to describe the ordinary human condition; snowballed into sullen submission by the sheer weight of daily exigencies (look it up if you're word-challenged).

What he really meant was "inertness", the quality of being thoroughly under the spell of entropy, immersed in staticness and lacking the initial "boost" of energy required to break through it.

This concept is well-known in both science and magic.

You can't have a fire without a match.

Problem is, you have to strike the match or make a spark with flint and steel or turn a string-bow to produce that first spark.

The spark doesn't come from nowhere. There's combustible material, combined with rising heat to set it off. But from whence cometh the rising heat?

It comes from friction.

Friction converts from one kind of energy to another to produce what is in physics and engineering called "work".

Lighting a fire under you is technically called a "hotfoot".

Well, all I need to do now is convince you that it's worth your while ... wait a minute. We haven't yet established what it is you'd find worth your time, effort, energy and attention.

What on Earth could possibly be worth all that from you???

For most folks, it isn't money.

What most people really want is a better life, a life with meaning and some chance to make more than just more people and a bunch of litter before you die.

Prosperity Path and the practice of Coinology will do it, but there's no way to prove it from outside.

You're not really interested in testing it, because you don't really give a crap whether it works or doesn't, because your life is perfect as it is, already. It needs no improvement.

I'm going to leave it up to you to overcome your own inertness. Would you like to know why?

Only you can do it. It's your machine, your life -- you're in there alone, all the buttons, the HUD, the controls, are all at your command and, hopefully, no one else's.

Let's talk knowledge. In coinology, the more you know, the better you'll do.

If you actually know what to look for and you know how to "read" what you're looking at -- both as a coin and as a psychic object with a personal history of its own -- it's incredibly interesting and, even to someone who isn't using coins to produce income, it's a fascinating nightly journey in time, space and planetary history.

Ignorance is not bliss. Don't believe anyone who tells you it is. That Urban Legend is a direct product of ignorance. Knowledge is there to find. It's not that hard to find it. But you do have to do some looking.

In the case of Coinology, risk is not a real issue.

The total risk consists in laying out $25 cold cash to buy a bank box. You can use boxes to hold coins until you can produce enough income from the coins to get cardboard "bins" at $2.65 apiece.

The real obstacle is lack of interest, getting up off the butt.

The reason for the lack of interest is that you don't yet believe that there's any payoff in coinology for you. Payoffs like this can't be had elsewhere. Nothing but coinology will produce the specific effect.

What can I do to convince you that the payoff is bigtime?

I guess nothing I say will budge you from your stopped position, eh? Okay, fair enough; how about I prove the value of the coinology practice to you, in less than, say ... ten seconds???

I can't. It takes many hours to produce the first noticeable effect.

Money can't be your motivator. It's not about money.

Money is a local energy that can be used to measure your progress in the game.

What game, you ask? That's what I mean. You're walking around in a world that is all-too-evidently invisible to you. It's not that it isn't there. It's just that you've been hypnotically conditioned not to see it.

And until you wake up from that dream, you don't. You dutifully don't.

The only thing that'll ever convince you that something is true is personal experience personally experienced.

So let's see if personal experience can rouse you up out of your comfort zone.

WARNING: Read no further if you do not wish to take an action step!

Okay, so somewhere nearby, you have dumped onto a floor, table or countertop a box 2,500 in-circulation business strike U.S. small cents, and we'll acknowledge here that you have no clue what that might mean.

We'll also assume that you're in the "more data, please" mode, and that you've suspended judgment on whether or not this is a brilliantly illuminated new portal into the magic and wonder of the world next door, or just a bunch of bull-pucky.

Only through your own experience can you ever find out.

You'll never believe anyone, even your own family and friends; you won't. You know you won't. Even if they're well-meaning and respectful and smart and believe the same things you do and go to the same church, restaurant and hair salon, they might be wrong, just plain dead wrong.

You can't and won't trust anyone else's judgment. (please check spelling before you go crazy with emails on the word "judgment" -- under normal conditions, it takes no "e" after the "g".)

So I hope you're convinced that only through personal experience will you ever, ever know anything about anything.

That of course includes coinology, right?

You might want to pick up a few coin flips, or order them wholesale in quantity if you ever get serious. A whole boxful of 1000 flips costs about .12 cents each, roughly $125 plus postage, about $15 more.

Get a pad of some kind. I sell a Penny Solitaire game board that has a felt pad built in, plus places for collection boxes, all labeled so you don't have to guess to which place the coin will go.

I also offer large velvet jeweler's workbench pads; they're the best, but pricey, although less than $100 bucks, anyhow.

Coinology is not about money; it's about handling money.

Coins are linked to people by Spooky Action At A Distance, the SAAAD Effect.

What causes Spooky Action At A Distance, anyway?

It's caused by momentary or long-term interaction, creating Quantum Entanglement, which is basically that something which was once in contact will remain in contact on the Quantum Level regardless of their relativity positioning in the Einsteinian Universe.

I'm not making this up. Many of your local physicists now know what I'm saying here is true; more than true -- exploitable.

Yes, Inter-Dimensional Voyaging is good business and it's good for business!

If that doesn't awaken some primitive instinct for spiritual survival, what will?

Now you're left on your own, to contemplate your next action step, and if it happens to be aligned to coinology practice, you'll know it instinctively. Trust your instinct.

If coinology is "right" for you, do it! The responsibility is on you. You are expected to exercise Due Diligence in the selection of a Zen Practice. But don't decide BEFORE you try it.

That does not mean you read it in a book about some mysterious mystical shaman or guru in some jungle or high on a frozen mountaintop.

"Experience" doesn't mean you saw it on television, or heard about it from a friend or thought about it a lot and decided you know all about it without experiencing it.

Okay, now that you've actually tried it, YOU decide. You can Like it or Dislike it, and now your opinion is an honest one.

Never rely on hearsay for life-decisions. Investigate before jumping in. That's good advice on any level and in any game!

Now it's up to you to originate the energy to contact me and find out what the heck to do with all those darn pennies, that jeweler's loupe, those weird goggles, that felt-tip Sharpie pen, those flippers, and that huge, soft and silky-smooth velvet pad!!!

If it isn't about money, is it about copper???